Uncovering The History Of Barrie’s Downtown

From haunted buildings, to secret military supply routes and defunct hockey teams, there is no shortage of fascinating stories from the streets and buildings around Dunlop and Collier.

Scroll on as we uncover a brief history of Downtown Barrie!

What is now Downtown Barrie was the beginning of the Nine Mile Portage. Two centuries ago, this was a vital link on the journey from Lake Ontario to Huron, and offered 1st Nations people a much needed peaceful shore to camp on before undergoing the rest of the long trip.

During the war of 1812, the British army used the area around downtown to sneak supplies and troops past American forces on their way to Upper Canada’s military posts.

There Was A Hockey Arena On Dunlop

Long time local hockey fans will know all about The Barrie Arena, better known as the Dunlop Arena. It was was a 3,000 seat barn housed at the intersection of Dunlop Street West and Eccles Avenue.

Built in 1932, it served as the main hockey venue in the city until the Sadlon Arena/Barrie Molson Centre opened in 1995. The arena hosted the Barrie Flyers of the OHL, and the Colts for a short while as the BMC was under construction. The Dunlop arena was demolished in 2008, to make way for the Barrie fire station.

The Simcoe Hotel was home to a grisly murder over 100 years ago. According to some, it resulted in a haunting that continues to this day.

In 1872, a woman named Elizabeth Meyer visited the hotel, which in those days was a tavern catering to the town’s rough and tumble residents. After consuming a generous measure of liquor, she ventured out to return home. It was late in the evening and the streets were all but deserted. But one person had spotted her and leaped out of the darkness to attack. She was beaten and strangled to death, her body left in the street.

When her corpse was discovered, the coroner insisted on conducting the examination of her body in the hotel. Ruled an accident, although it was clearly murder, her ghost allegedly remains trapped in the place of her death. Residents and workers over the years have reported eerie sights and sounds, and even ghostly encounters.

What did you think of A Brief History of Downtown Barrie? Let us know in the comments!

And if you are a Barrie based business looking to expand your digital footprint, reach out today! We Will Get You Uncovered. 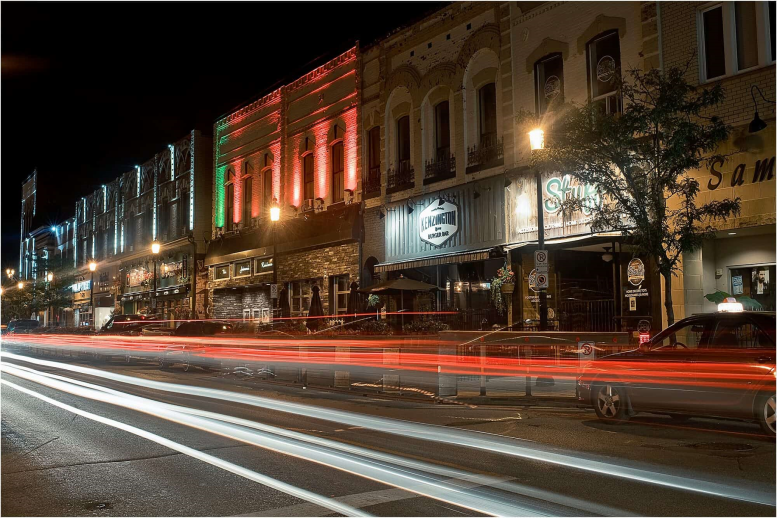